The Unbelievers movie has finally been released!  Joining me on The #GSPodcast is its director, and all round nice guy Gus Holwerda.  He tells me what it’s like having unrestricted access to Richard Dawkins & Lawrence Krauss and what it takes to get a movie like this made.  Go see it!

Also available on Stitcher and iTunes.

Support the podcast at: www.patreon.com/gspellchecker 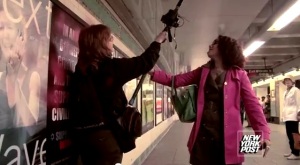 Free speech has been a huge topic of contention in recent weeks, the same weeks which saw the deaths of 75 people and violent rage across several countries in reaction to a horrendously made YouTube video entitled “Innocence of Muslims”.

Debate has been rampant ever since regarding what constitutes the limits of free speech, and what rights we have, if any to offend “sacred” ideas and beliefs.  New calls have been made to the UN for a Blasphemy Law and the ever-present cries of “Islamophobia!” are as tediously frequent as baby photos on a Facebook news feed.

Amid all this apologist rhetoric, one point seems frustratingly absent, or marginalised:

It is wrong to murder/react violently simply for being offended.

A failure to stand up for this point, and this point alone, is a failure to respond as a responsible human adult.

It is true that bigoted far right groups capitalise on Islamic unrest in order to advance their racist agenda and we should afford them no more than our dissent.  This, however should not distract us from the genuine concerns we have with the unique and reactionary nature of Islam.